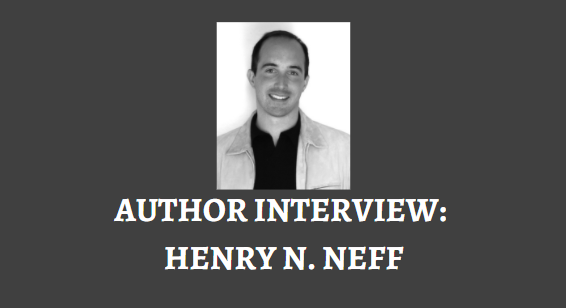 At BookArt101, we are delighted to have Henry H. Neff, Author of the epic fantasy novel – ‘Impyrium’

We had the good fortune of interviewing him, and we are certain his answers are going to inspire the inner writer in you! 🙂

Q1: Can you tell us a little about your fantasy series, “Impyrium” and the story world you’ve created?

Impyrium is a story that takes place in our world, 3,000 years after a magical cataclysm not only shattered the continents but reset civilization so that most humans have no memory that former societies and technologies ever existed. In this world, humans are split into two camps: those who can use magic and those who cannot. Those who can use magic comprise a tiny sliver of the population but control the empire’s feudal territories under the authority of the Faeregines—a dynasty of “Divine Empresses” who have ruled Impyrium for millennia.

Within this setting, the story follows two characters. The first is 12-year-old Hazel Faeregine, granddaughter of the Divine Empress, and the “ugly duckling” of the royal family. As an albino, Hazel doesn’t resemble her sisters and there are whispers that she possesses vast and sinister powers. Some even believe Hazel may be a reincarnation of the most terrifying sorceress in all of history. To make matters worse, Hazel is afraid they may be right…

Our other character is 13-year-old Hob Smythe. Unlike Hazel, Hob is a commoner—a lowly miner in the remote and frigid Muirlands. A tough and talented boy, Hob chafes at his station and the injustices faced by non-magical humans. When a stranger appears in his village and invites Hob to join a revolutionary group, the boy jumps at a chance to strike a blow against the empire and the hated Faeregines. Soon after, Hob is installed as a servant—and spy—within the royal palace.

One child wants to save the dynasty, the other wants to destroy it. When their paths cross, Impyrium will never be the same.

Q2: What research methods have been most fruitful for your writing as well as illustrations? Especially in reference to your book, “Impyrium”

As a former history teacher, I’ve always been interested in how societies work and how they evolved to function the way they do. With Impyrium, I didn’t simply want to make up a bunch of things; I wanted to craft a setting and story that felt anchored in our world despite its fantastical elements. To do that, I had to spend some time brainstorming the empire and dynasty’s history as well as various aspects of the noble houses, the economy, political systems, religions, etc.

I must have fifty or a hundred pages of notes and sketches and sections devoted to various aspects of the world, the plot, and the agendas or conspiracies in play. The reader isn’t necessarily exposed to all of this material, but as a writer I want these details to be clear in my mind. If they’re not, the story’s seams will show. Specific methods include lots of reading, studying antique maps (particularly those made during the Age of Exploration) and researching dynasties across various historical eras and cultures.

Q3: What is the strangest thing that you had to do to create this story? How difficult was the whole process of creation?

Impyrium is a big, ambitious book and naturally the story veered in many directions while it was being written. For me, the challenge was never inventing new “stuff”—it was striking a balance between character development, plot advancement, and world-building. We’ve all read books where the author devotes so much time describing the world’s minutiae that they’re functioning more as a tour guide than a storyteller.

Other books are so preoccupied with clever plot devices and twists that the characters can feel flat or incidental. I didn’t want to fall into these traps and thus I spent quite a bit of time ensuring that the world, story, and characters not only meshed, but reinforced and enriched one another. In my view, that’s a greater challenge than coming up with new gadgets or creatures.

Q4: If a movie were to be made based on your book, who would you cast in the leading roles and why?

I don’t think Impyrium would make a very good movie. In fact, it would probably make a pretty awful movie. The reason is simple: it’s impossible to tell a story of Impyrium‘s scale in two hours. Doing so would require the director to race through so much content that the movie was incoherent, or else cut out so many scenes and characters that it’s not really Impyrium anymore.

Fortunately, movies are no longer the final word when it comes to adaptations. We’re now seeing bigger books being adapted as television series where creators have ten or twelve hours to tell a more intricate story, develop its characters, and capture some of the nuances that made it a beloved book. I don’t know if Impyrium will ever make the leap to a screen but if it does I think a series probably makes the most sense.

As far as casting goes, I’d actually prefer an Impyrium adaptation be an animated as opposed to live-action. To my mind (and eye) many live-action adaptations are so dependent on CGI that they end up looking woefully dated in just a few short years. But if you told me we could make an animated Miyazaki version of Impyrium—one that incorporated the darker mood and sensibilities found in “Princess Mononoke”—I’d be delighted. What a treat that would be!

Q5: What do you hope readers will take away from, “Impyrium”? How often do you hear from them?

First and foremost, I want my readers to be entertained. That’s the primary purpose of storytelling—not to preach or educate or moralize. If readers can also relate to the characters and find strength or inspiration from the challenges they face, that’s great too. I do hear from readers pretty frequently. My favorite letters—or at least the ones that really stick with me—are those where a reader shares that one of my books played an important or recurring role in their childhood.

Sometimes that role is simply to be a favorite story they return to whenever they want some adventure or horror or an escape from the everyday. Sometimes that role is more poignant—the book or its characters have helped them endure real and profound challenges in their lives. Those letters are deeply humbling. What a wonderful feeling to put something out in the world that found a home with someone who needed it. To my mind, there’s nothing more gratifying.

Q6: When can we expect the second book in the “Impyrium” series to be published? Are you excited about its release?

I’m sorry to say that for now Impyrium will remain a standalone novel. I was working on a sequel several years ago but experienced some health issues and could not meet my deadlines. With any series—particularly those aimed at children—a publisher wants new installments to release at regular intervals (usually one per year).

When Impyrium’s sequel ran into significant delays, the publisher ultimately elected to discontinue the series. It’s unfortunate but I can’t really cast any blame—HarperCollins has a business to run. While I hope to return to Hazel and Hob one day, for the moment I have to focus on other projects and stories.

Get your copy from Amazon here!

If you enjoyed this interview you will also enjoy our interview with Davis Ashura, here.

Next
The Epitome of Warmth and Simplicity: Best Books by Sudha Murty